The Song of Achilles Review 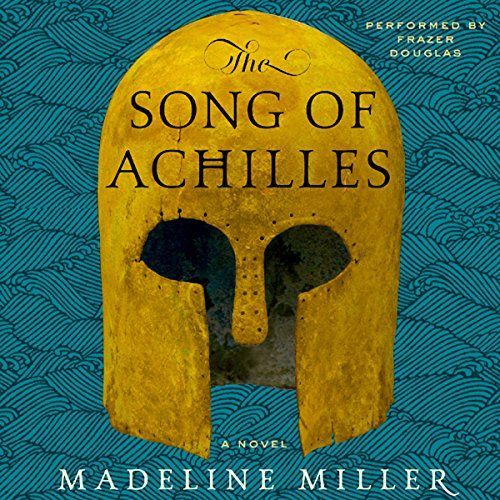 Everybody has a weakness. The first we learn of weakness is almost always Achilles’, or you hear of someone having an “Achilles heel.” But in The Song of Achilles, Madeline Miller explores the idea that his biggest weakness was not his ankle but his first love, Patroclus.

Though The Song of Achilles chronicles Achilles’ life, his story is told through Patroclus. The first scene starts when Achilles and Patroclus first meet. Patroclus does not exactly note Achilles but instead takes notice of his accomplishments and lack of his own. He saw what potential Achilles had and what love Peleus, Achilles’ father, had for his son. Patroclus yearned to be someone his father was proud of. But Patroclus fails when he is accused of killing a boy when he is nine, which he is then sent to the kingdom of Phthia, Achilles’ father’s kingdom.

After being sent to Phthia, Patroclus and Achilles quickly become friends. After a few years of staying in Phthia, Achilles is sent to train with Chiron, an intelligent and powerful centaur, because he is prophesized to be the greatest warrior of all time, to which he invites Patroclus along. They spend years under the tutelage of Chiron before they are broken apart by Achilles being called back to his father’s kingdom, where he is informed that he is to fight and die in the Trojan War.

It is in their early days in the kingdom where Achilles and Patroclus connect and begin an incredible bond. Miller depicts their love in a way that brinks on the unhealthily addicted but displays it in a devoted and loving way. When Thetis, Achilles’ mother, hides Achilles in an attempt to save him from having to fight in the Trojan War, Patroclus finds his way to where he is residing. When Patroclus finds Achilles despite his mother having disguised him, he says, “Had she really thought I would not know him? I could recognize him by touch alone, by smell; I would know him blind, by the way his breaths came and his feet struck the earth. I would know him in death, at the end of the world.”

Throughout the novel Patroclus fights an internal battle between loving Achilles but hating his ambition. When it is first prophesized Achilles is to either die in battle after another great warrior, Hector, or to live a life of mundanity, Patroclus begs Achilles to choose his life over pride. But his prayers are unanswered. Years after the war starts, to their surprise, Patroclus dies before Achilles, and he is left heartbroken. Eventually, their ashes are mixed, and their souls are intertwined in the underworld together. Madeline Miller finds a way to make you cry tears of sadness, anger, and joy all in one novel.