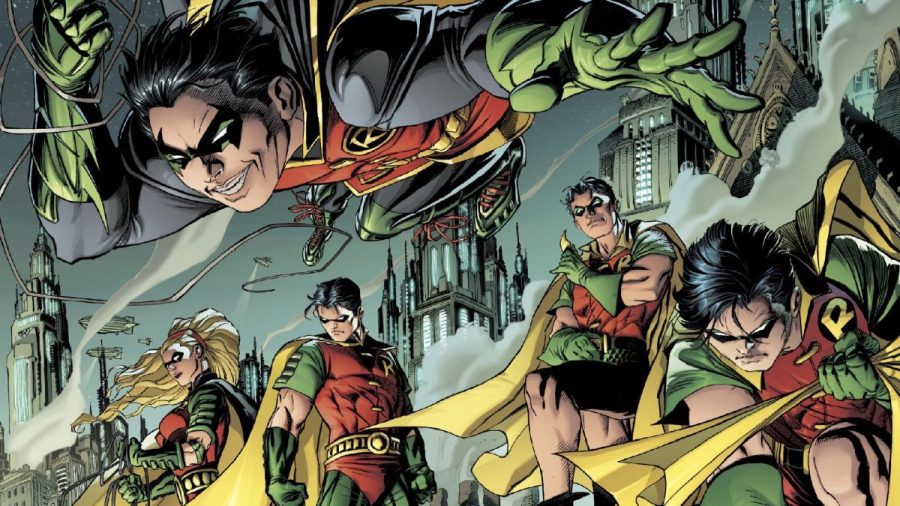 Robin is a very iconic sidekick; they each have their backstories. Some of them have gone off on their own crime-fighting path, to form teams, to become their own hero, to be resurrected. There are some people we did not even know were robins. The main robins we know about are

Richard “Dick” Grayson, who went off that from the Teen Titans. He became Night Wing (Fun Fact: He got his inspiration for the whole Night-Wing thing from Superman, Superman, told him about an urban legend from his planet), he has become Target, Agent 37, Renegade, Red Robin, Talon, and he is even taken up the mantel of Bat-Man.
Jason Todd was the second Robin who did not stay robin for too long. He got killed by the Joker who came back in the comic reboot as Red Hood, a loose cannon version of Batman. He was originally thought to be Night Wing when he was beginning to be Red Hood. He has also been Red Robin, Hush, Detective Mile, Wingman. He also took up the role of Bat Man.
Tim Drake was robin for a while, but he and Bruce were getting into several disagreements. He became a red robin; he was the most intelligent out of all the Robins. He has also become Batman
Stephanie Brown was Robin for a little while until she moved to Keystone and became a Spoiler. She was known as Batgirl for a while.
Damian Wayne is the brattiest out of them and loses cannon, he is the true blood of Batman, which he has fought with many times. He uses the tactics he learned from the League of Assassins a lot on the battlefield. He has taken up the mantle of Batman before, he has also been called Redbird.

To find out who the best Robin is we must first ask ourselves who would take up the Batman mantle the best. Dick Grayson has taken up the mantel many times and mastered craft. Dick Grayson is the original robin. Also, when Dick Grayson was Batman’s successor when Damien Wayne was Robin, he proved he was the best robin ever by mentoring the child in ways superior to those of even Bruce Wayne.  Dick Grayson is also one of the best Bat Mans. Night-Wing also knows when enough is enough. Dick is also loyal, determined, and a quick learner. He is also one of the only robins that outgrew the role and became an even bigger hero. Dick set up an extremely hard role for the other robins to follow. He was Batman’s perfect sidekick.