Climate Change and Its Activists 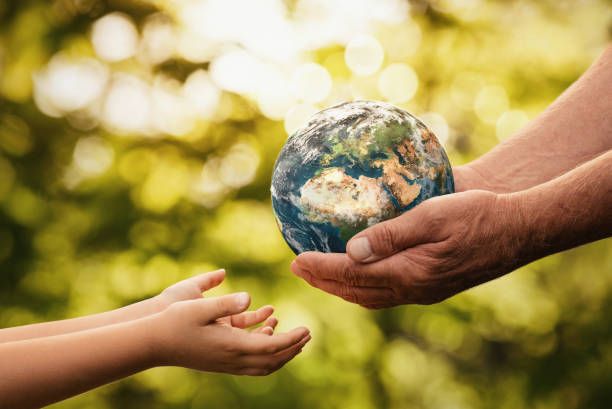 Through industrialization and our general inhabitance of the home we’ve named earth, there have been many environmental impacts. Along with people who hope to reverse the damage.

Flooding, wild fires, and deforestation have all been an effect of the causation climate change. Courtesy of the U.S Drought Monitor, we have found that 98.5 percent of land in the Western states was experiencing moderate to severe drought as of August 3rd.

Due to this drought and our recent surge of heat all over the United States, wild fire season has come to fruition a month early. According to National Interagency Fire Center, in 2021 the U.S has had approximately 50,000 wildfires. In terms of deforestation, our rate has decreased since the 1990’s, from 2015 to 2020 our deforestation rate is estimated to be about 10 million hectares per year.

In other news, the Organization for Economic Cooperation and Development has informed the nation that, “Floods cause more than $40 billion in damage worldwide annually,” and “Death tolls have increased in recent decades to more than 100 people a year.”

There have been many people interested in being an agent of change. The most prominent being Greta Thunberg, who started taking action at the age of 16 in the year 2018. She stresses her urgency by stating, “We can’t save the world by playing by the rules, because the rules have to be changed. Everything needs to change – and it has to start today.” She first gained supporters through a self-organized protest; a school strike demanding that the government meet carbon emissions targets.

Thunberg has not fought this fight alone. Ayana Johnson has also played a key part in highlighting the importance of including our oceans in the fight for climate change. She expresses her concern in the book she co-wrote, entitled Blue New Deal, a roadmap for including the ocean in climate policy. Elizabeth Warren, once presidential candidate, show-cases her support of the Blue New Deal on her website, “We need a Blue New Deal – alongside a Green New Deal – to rebuild our blue economy, protect and restore ocean habitat, and adapt in a climate changed world.”

With all the support the movement has garnered, there has been opposition. There are quite a few people who don’t believe in the scientific reasoning behind climate change. And though this is an environmental issue, it seems that in recent times it has been cause for political debate.

Politicians like Richard Shelby and Mo Brooks have been against climate change for quite some time. This is because they believe it is not a matter that citizens can help and believe that this is the earth’s natural weather pattern. Former United States President Donald Trump is also against climate change, he says, “Ice storm rolls from Texas to Tennessee – I’m in Los Angeles and it’s freezing. Global warming is a total, and very expensive, hoax!”

Many wonder in a time that is calling for action: What can I do? Climate change experts and scientists have found small everyday actions anyone can take to slow down climate change. One of the most effective and popular ways is reducing. Reducing is similar to recycling in the sense that its goal is to limit how much plastic we’re throwing out. But, dissimilar to recycling, reducing cuts the problem at the source. This can look like using glass jars and reusable bags when at the grocery store or buying wooden toothbrushes and canned tooth paste instead of plastic.

Through droughts, wild fires, deforestation, and hurricanes, many people, like Greta Thunberg, believe that we can turn the ship around. Thunberg does encourage us by saying, “I have learned you are never too small to make a difference.” Through actions like reducing and being cognizant of our carbon footprint, we can slow down climate change.