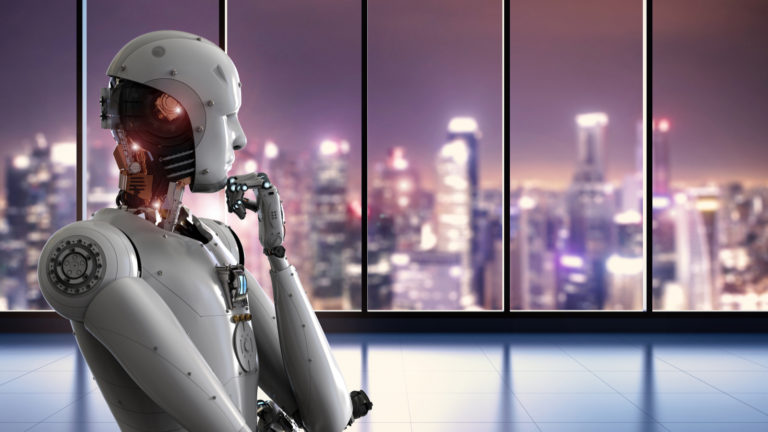 This story is a sequel to “She Whispered, ‘Salix’”

He huffed and puffed, running and running. He stopped to catch his breath and looked around. The station was far away now from this deserted jungle. Vines hung down from the tall trees, and the grass was high. Salix felt the rain drip down his skin. He was surrounded by green. He could hear something chasing him. It was heavy and big and didn’t want Salix there. He kept running until he got to a big pile of leaves, vines, and a tree that had fallen. It wasn’t touching the ground, though; it had fallen on top of something. He started moving the branches, leaves, and vines. He saw a big stone door with carvings of designs. They were all just designs and gibberish.

He tried pushing it open, but it wouldn’t budge. He was tired and confused. Who was he running from? And why were they chasing after him? He leaned against the wall, and he felt something move. Suddenly he was looking at an entrance to something. He sat up and looked around.

“How did you sleep?”

“Yeah, you know, sleep. Like closing your eyes to get more energy for tomorrow.”

“Oh, power down. Yes, my power down was effective.”

Wendalyn sat up from the plastic trays she was washing in the river. Her hair was madded, curly, and short. It sat right over her shoulders. Her face was dirty, and she had been working hard while Salix slept. Her emerald eyes stood out over her olive complexion. Her freckles sat on her cheeks and arms; they had gotten darker while being in the sun. She had on different clothes, an olive pair of shorts and a grey button-up shirt with light blue stripes. The sleeves were rolled up and dusty. Her shoes (which were supposedly called sandals) were a dark grey.

“Salix, Hunny, could you come to help me with these?”

Salix walked over by the river and started scrubbing a tray.

“Could I ask you a question?”

“Sure, hun, you can ask me anything.”

“Well, we’ve been on the move now for months, and I was wondering, when will we get back to a station? Also, I keep calling you Wendalyn, and you don’t seem to like that, is there a nickname you prefer to go by?”

“Hun, we aren’t going to a station; I’m going to the source of this world, which will take days to get to. And as for the name, I am your mother, so you can call me mom, momma, mommy, mother. I remember you calling me mommy when you were younger.” She smiled, looking at him.

They scrubbed the trays, setting them in a bag after they were properly dried.

“So the source of the world, when do you think we’ll get there?”

“I’ll get there in at most a week, but you aren’t coming with me; you’re going to a camp just off the far side of the river.”

“I do not understand. Shouldn’t I be accompanying you?”

“No. I don’t want you in any life-threatening situation. Not ever again.”

“I still don’t understand. Am I incapable of assisting you?”

“In a way, yes.” She knelt silently, looking at the water. She sighed and stood up, walking towards a tree. She started to climb and got a view of the world. There were trees as far as the I can see. The sun got in her eyes, and she covered them with her hand. Poking up right behind a cluster of trees stood buildings. She could see a tiny dot in the distance, but she could tell it was a hover by the way it moved. The station was far, which was good in their case. She climbed down and picked up the bag.

The leaves crunched under her feet. She was about Salix’s height and was evenly proportioned in an hourglass shape. The shirt she wore was a lot bigger than her, which was why she had tucked it in. Salix watched as she stopped for a moment to look around. She held up her thumb and squinted her eyes, focusing hard on it.

The trees were large, and the air smelled fresh. The sky was a pale sort of blue and Salix enjoyed being outside. The air at the station wasn’t as fresh as this air was. The air at the station smelled like metal and technology. He wasn’t against the station because of the air, but he much preferred the fresh air. His mother hadn’t talked to him. He felt like he wasn’t supposed to be there, like another place called his name much louder than his mother did. He wanted to leave but he knew he wouldn’t make it out there, not even with the knowledge imprisoned in his head.

They must’ve been walking for hours before they finally reached a spot. Wendalyn set down the bag and laid out blankets. Big bulky trees surrounded them, and the sky was dark. The stars could be seen now that they were far from artificial light. The colors mesmerized Salix. Wendalyn started a fire that caught onto big logs she had found beforehand. She set a big metal pot over the fire that had water in it. She threw in vegetables, meat, and tiny minerals. Salix was warm and comfortable.

“So, Wendalyn, I mean, mom, when will we arrive at the camp?”

They sat in silence eating. The food was hot and tasted good. Salix had gotten used to his mother’s cooking now that they had traveled together for several months. Still, he could taste that paste Aiko would make him when he laid down to go to sleep. He could hear Aiko power down, saying, “Have an effective power down.” Salix didn’t think about Aiko a lot, only when memories decided to take over his mind. He still thought about that somewhat corny saying of “I bid thee adieu.” Aiko seemed never to want to forget that memory; it meant something to him for some reason.

Salix didn’t see the logic in running from someone good and took care of him. He didn’t dare question Wendalyn, though. He’d already made her upset by calling her by her name. Salix often pondered on the question, “Would anything be different if I had grown up with my mother instead of a robot?” It didn’t necessarily interest him; it just made him think harder than usual. He thought about asking her, but often the questions he asked seemed to hurt her and quiet her even more than the day before. They spoke less and less with the passing time. Salix would be glad when he got to the camp; maybe someone there could help him. Wendalyn stood up and put the fire out with the remaining water.

Those words were always said in such a monotone way as if she just wanted the silence to end and the sleep to begin, she didn’t care if he slept well or not, or her mind was just too focused on other things to manage.

They rolled over on the blankets at opposite sides of the campfire, and soon there was a soft, steady silence. Salix often found it hard to sleep in the wilderness and on the ground. He rolled several times before finally deciding on a place. He finally stopped and sat up. Wendalyn was asleep, and with the darkness of the world around him, he often felt uncomfortable. He got up and quietly walked near a small grouping of trees. It wasn’t too far away from the camp, but it would be hard to get back if he became tired. He sat hugging his knees, looking up at the stars.

“While Aiko is far, and my mother is upset, I’ll find comfort in the light as to give me certainty,” he thought. He laid back with his hands behind his head, looking up at the stars. As a glare coming from the light, and he could feel his eyes close, a soft breeze came through, and he was asleep. He was standing in front of the entrance. He could hear a whisper, “Help me please” He started to back away. “Come in” something ran in front of him through the darkness inside the entrance. He saw something red dripping down from the top. Inside he could see a hallway illuminated by a light on the other side. He could see some vague things in front of the hallway; he couldn’t make out what they were, though. He was standing in front of darkness, and he didn’t want to know what was behind it. He felt something push him from behind. He resisted falling or going any further than he already was. He felt another push, but this one was stronger and more forceful. There wasn’t anything behind him. The only thing that was pushing him was his erg and curiosity. He wanted to fight them, though. He could make his mother upset. What if he got lost and couldn’t return to her again? What if he got taken and couldn’t fight back? What if he learned something he never asked to know? He walked in. Despite all concerns, despite his terrifed persona, he walked in. The room illuminated. He saw his mother crying. They were not happy tears, neither were they sad. She seemed terrified. She was curled up in a corner; her stomach seemed much more prominent than usual. She cried and cried. She was alone. He took a step further to comfort her but fell. He heard screaming. He saw Aiko with an angry face.

“Why did you leave” his voice was booming. “You may never return.” Salix stepped back and tripped over a small opening on the floor. He looked around the room. The lights had dimmed to darkness. He could make out silhouettes of the figments that had broken out of his fears and out in the room before him. Their figures slowly faded till they were merely memories. He sat on the dirt-covered ground and took in a deep breath. The temple doors shut, and the life left his body. His face was pale.