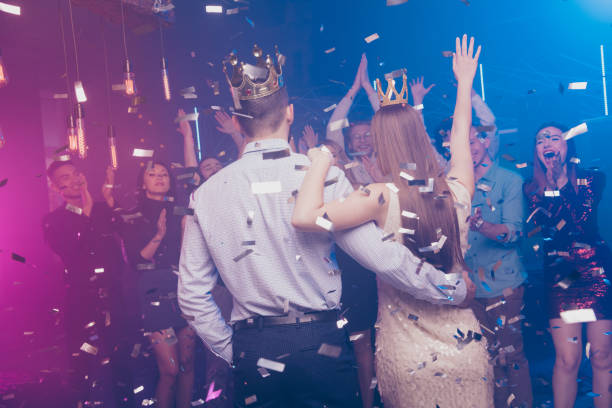 2020 the year for new beginnings and New Years resolutions.  Everyone thought it would be the best year yet but wear they wrong.

It had been a few months into the new year and everyone was getting ready for the most important day of their high school career. Prom but I guess not everyone well at least not me.

Oh, hi  I’m Josephine but my friends call me Jo or Joey and this is how in one night everything changed. Let’s start at the day  before prom.

One day  before prom

“Jo get up you got school”

“I be down in a minute dad”

I’ve never been a morning person and sometimes I think I am adopted. My dad is a very outgoing doesn’t really care what anybody thinks about him and my mom is super smart and strong then theirs my sister we are twins but total different. Sky has blonde hair and blue eyes and is super outgoing and popular as I have brown hair and blue eyes and am super shy and not so popular. But if I am being honest I don’t want to be popular.

“Were are the keys”

“Sky it is my turn to drive”

One thing I don’t like about Sky is she always plays the older card. We have to share a car it’s a light blue jeep wrangler but it’s like my parents’ think because we are twins, we like the same things even though I do like the car. Here she goes again Sky has been planning the perfect prom since we were kids and since prom is tomorrow, she won’t hush.

“Well why don’t you ask that guy you work with”

After school I work at a lab as an intern and Sam is my mentor. He has been teaching me how to work some of the equipment and I have been “helping” him with some experiment he is working on. He told me he was trying to genetically modify animals.

“Maybe but he will probably say no.”

It won’t be that hard just go up to him and ask if he wants to go to prom. Oh, my he is going to say no why would he want to go back to high school. Maybe I just won’t go and see if he needs help tomorrow.

Sky just dropped me off at work and I am freaking out. I decided to ask him. He is at the front desk just play it cool.

“Hey Jo. Can you go to the lab and start setting up the equipment?”

“Thanks, I’ll be back in one second.”

When he comes back you are going to ask him you got this. Breath, in…out…in…out. Okay you got this. Hey, I know you’re in collage, but I was wondering if you would want to be my date to my prom. No that sounds too desperate. I’ll just be straight forward. He just walked in so its time.

“Did you have a good day at school.”

He did not just ask me that he treats me like a kid he will for sure say no.

“Ya, but my sister won’t stop bugging me about not having a date to prom.”

Oooo good job that was smooth let’s just see if he takes the hint.

“Oh well I went to prom by myself, and I still had tons of fun. But maybe someone will ask you to dance.”

Dang boys are so clueless.

“I think you should go it’s your senior prom.”

“Well, are you coming to the lab tomorrow, because I could come in and help out after the prom.”

“I thought about it, and I could use the help. What time is it end?”

On my way home I felt as if I were being followed. I mean a young teen girl walking by herself at night who wouldn’t feel off. I just kept walking, but I just couldn’t shake this feeling like something bad was going to happen. I ended up making it home unharmed but as I laid in my bed, I thought I would or should feel better.

“ Morninnnggggggg….. Get up its prom day.”

“What did he say no….Wait let me guess you didn’t ask him. You chicken…. I can’t believe you. You said you woul-”

“So, what if I am a chicken. Honestly I don’t care anymore.”

“Fine… oh and mom cooked breakfast… if you want any.”

She’s right I am a chicken and I know I shouldn’t have been rude, but she just gets on my nerves sometimes. I just wish she would stop worrying about my life and worry about her own. I laid back down for about 10 minutes then my mom came up and woke me up.

“Jo, you need to get up…. Your sister said you didn’t want to go to prom anymore…. Come on honey you already have a dress.”

“I’m not going to ask you again get up.”

As I got up, I opened my phone and saw I had 3 miss calls they were from a number I didn’t recognize so I just ignored them. A few hours I got another call from that same number.

“Are you going to get that.”

The room was quite as I peered into the phone wondering who this number belonged to.

“What it’s not like you were going to answer it….Hello…”

“Nobody… it was probably just a prank call.”

Sky handed me back my phone but something inside of me just didn’t believe that it was just a prank call.

As we pulled up at the front of the school my sister and her date got out and went in with a group of “friends” if you could call them that. She told me I had to wait till she got in but honestly, I didn’t care. I just wanted to get this night over with. As I got out the car and walked in the gym where the dance was being held it felt like everything just went quiet. I was wearing a red spaghetti strapped dress with a slit up the leg. As soon as I spotted one of my friends I quickly rushed over and then everything got loud again.

“thanks….that yellow looks good on you.”

We danced for a few songs then it was time to announce prom king and queen. Before you ask yes, my sister is running for queen. I am sure she will get it as well. Hear we go.

“Ready to find out who prom King and Queen are…(cheering)…Your prom Queen is…. Sky Collins.”

See I told you. It’s like she has a lifetime of good luck. And her date got King. After a few more songs I got another call from that same number, so I answered.

“Oh… I am sorry I haven’t answered I didn’t know who this was.”

“It’s fine. I am headed to the lab if you want to come and help.”

“Sure, but is it okay if you come and pick me up from the school.”

I texted my sister and told her I was going to get a ride home and that I would be late. A few minutes later Sam texted me and that he was out front. I headed out front and he was waiting for me outside of the car.

Oh, my goodness. He just opened the door form me. The whole car ride was silent, but he just kept looking at me and then back at the road. It was a little awkward. We finally made it to the lab but before we went in, he told me that the lab work we were doing were off book which was a little weird and he told me not to tell anyone. But I was just excited to hang out with him so I agreed. We walked in and went straight. To the lab and got started.

“Can you set everything up while I go get my notes.”

As I started to set to set up, I noticed one of the substances was something we have not used before. When he came back, I asked him about it, but he just put it off. He said that it wasn’t new and that we had used it before but I knew we hadn’t but I just wanted to spend time with him, so I didn’t care. It was weird though. A little bit later into the experiment he stared to look concerned, and I got a feeling that something was wrong.

A few minutes at least I thing, went by and the only thing I remembered was the ringing in my ears.