Memoir: Mother and Me 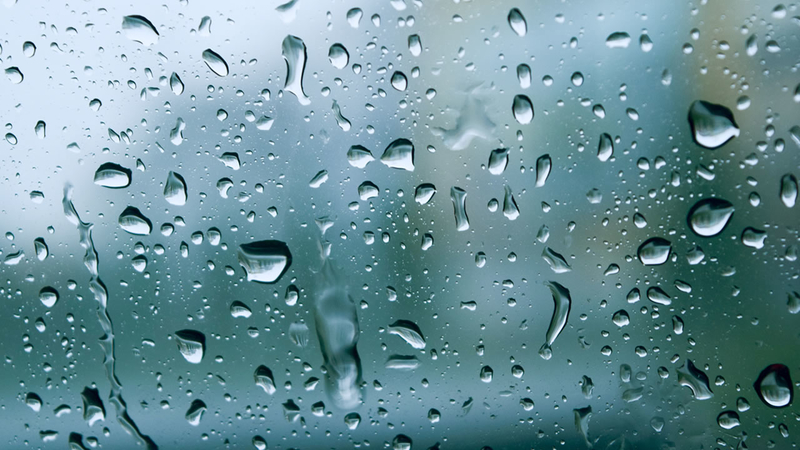 One of my earliest memories takes place in a hedge maze — a literal hedge maze, at the Morton arboretum. It’s choppy and out of context, but I can see flashes of the sun-soaked bushes in late spring, and I can tell that I am small. I remember getting that tight, nervous feeling that happens when you know you’re lost. And I remember my mom holding my hand, and her warm smile made me feel safe.

That thought brings me to the second day of my senior year of high school. We could finally leave for lunch, so I decided to ask my mom if she wanted to meet me at a restaurant downtown. She, to my surprise, agreed. The night before had been rough. Well, rough is an understatement, but I made the decision not to bring anything up.

I pulled into the parking lot and had to drive to the back, for all the little people had left their little jobs and were on their lunch break, as well. I pulled down my mirror and inspected my eyes. There was a shadow of mascara under them, which I quickly wiped away with the pad of my middle finger. I wasn’t expecting to see anyone I would want to make an impression on, but I guess I wanted my mom to see me put together. I walked into the front and tried to smile with my eyes at the clerk, who I had gotten to know pretty well over the years. My smile wasn’t genuine, so I don’t think it translated very well under my mask. I walked to the window seat where my mom was waiting for me. The air was already dense. She had on the same oversized green sweatshirt she had been wearing for three days. The sleeves were stained. She looked so small; she had her feet tucked up under her legs. Her hair was dirty, and I could tell she had just woken up by her thick hello. The tone was familiar, and I could feel anger begin to boil in my stomach.

We spent the first few minutes trying to talk normally. I don’t even know what moms and daughters talk about. Boys, maybe? I was being stand-off-ish and she could tell.

“Is something wrong?” she asked with a puzzled look on her face. She sounded annoyed.

We spent a few moments in silence before suddenly my eyes got hot and welled up with tears, which never happens. I tried to hold them in, but one escaped and rolled down my cheek, bringing with it a streak of black. She immediately noticed and repeated her question. I felt my throat lurch and I tried to swallow the feeling, but it didn’t work.

“Do you promise not to be mad at what I’m about to say?”

She nodded her head. It seemed like everyone else in the restaurant were lightyears away. I looked out into the room for a moment, and I saw little kids running circles around their tables as their parents just laugh, and old couples gazing at each other through thick glasses. How did I end up here?

“I wrote this out last night and wanted to send it to you this morning, but I decided not to. I guess I’ll read it to you now.”

I looked up at her for validation, and she nodded again.

I took a short breath, ripped off the band aid, and began, “Okay. I’m sending this to you now because I can’t reason with you when you’re like that. I’m not sending this because I’m mad, because I know thou can’t help it, I’m sending it because you need to be aware. You know as well as I do that you were drunk last night.”

I felt my cheeks get red and my hands started to shake, making the words I was reading on my phone harder to get out.

I know because of the way your words run together in a thick slur. I know because of how you walk, with your shoulders hunched and fists clenched, shuffling around the house like your feet are too heavy. You hold your mouth a certain way, you suck your lips in and extend your neck and frown. Or you purse your lips and flare your nose. And above all, you’re mean when you’re drunk. Sober, you would never say the things drunk you says to me. You say I’m an entitled brat and that I enable you and I’m nasty. Then you move onto my dad, talking about all of his adult internal affairs and tell me I picked his side. You try your best to make me pity you.

I look up from my phone and see my mom nod with tears streaming down her face and I continue. The band aid was obliterated.

“You come to my room and tell me you just want me to have a good senior year, but I make it impossible. I love you so much, but you hurt me over and over again. You are a shell of the mother I once had. But I don’t have any energy left. This cycle feels endless and I can’t be angry anymore because I’m too tired.”

By then tears are streaming down my face as well. I hadn’t had a mom is so long. I envied all my friends and their mothers who went shopping together and saw movies and talked about cute boys in the living room. But I can’t even be in the same space as mine, without feeling uncomfortable, and then angry.

She started spewing her “I’m sorry’s and all that. And I know she’s sorry. I know she’s sick and trying to do better. But then I can’t help but think about her hot breath that stinks of vodka blowing in my face while she had me cornered in the bathroom, while squeezing my wrists and breaking my makeup palettes. I can’t help but think about when I had to crawl through my bedroom window to get her car keys so she wouldn’t drive into the night, wasted. Or the nights I would try to leave, and she would chase me out to my car, pounding on my window until whatever random man she had over that night came and pulled her away. Or when she was slurring at my homecoming pictures. And birthday dinner. And thanksgiving. And all the times she would drunk call my friends when I wouldn’t pick up.

But then I looked at her again. And she was so small. She was playing with her salad with her fork, her jaw clenched as she was trying to hold in a sob. And I saw how broken she was and is. My anger and disgust turn into sadness. And empathy. I know that she hates herself. She’s told me. I know she tries. I can understand how hard it would be to see my dad get engaged after only being divorced for two and a half years. We’ve had the same conversation countless times, and it always ends the same way.

I had barely touched my black bean burger. I looked at the time and it was 12:50, time to go.

“I have to go back to the school.”

I got up but she remained seated.

“Goodbye, love you.” I said under my breath.

I turned my back and didn’t wait for a response. I walked out, got into my car, wiped my cheeks with the pad of my middle finger, and went to sixth period like nothing had happened.

That day was a Wednesday, my dad’s night. I didn’t have to go in that day, but I still stopped by the coffee shop I worked at and grabbed a latte for the drive home. It was still august, but between the cloudy sky and my cold car air conditioner, the warm cup felt good in my hands. However, I wasn’t ready to go home. Actually, I never was. Not because my dad was mean and scary, or the drive was just too far, it just didn’t feel like home. No place did. So, it was easier to go to my friend’s house and distract myself and pretend I was a part of her happy, nuclear family for the evening. I could eat at a dinner table instead of in my car, and sit in the living room and watch a movie and listen to the banter that annoyed her so much, but to me felt comforting because that’s just what families do.

As I was sitting on my friend’s couch, it started to pour outside. The kind of rain that makes it feel two hours later than it really is. My phone vibrated in my back pocket; it was my mom.

“Hey Grace,” She’s the only person that ever called me that. “Can we talk for a minute?” My heart sank. Not again.

I could hear the squeak of her windshield wipers working hard. She must have been hit bad by the storm. I didn’t know where she was driving to, but I didn’t ask. I walked over to the dining room so no one could hear me. She told me again how sorry she was, and how brave I was. She was talking to me for about ten minutes, when she finally said something that stabbed me right in the chest.

“It’s raining really hard. I just want to tell you, that if I never make it home, I love you and I’m proud of you.”

All I managed to say was I love you. And that’s all I needed to say. We hung up but I couldn’t get out of my seat. I sat there with my phone still pressed to my ear and watched the rain. I remembered that hedge maze from so long ago. I look up from my phone once again, and I find myself in another one. But this time, its raining. And the paths are always changing, and I’m alone.

That night I drove home in silence so I could really hear my thoughts. I thought maybe if it was really quiet, I could write something inside my head that would be meaningful enough to put on paper. Instead I ended up thinking about the boy who didn’t like me back. Then again, here we are.