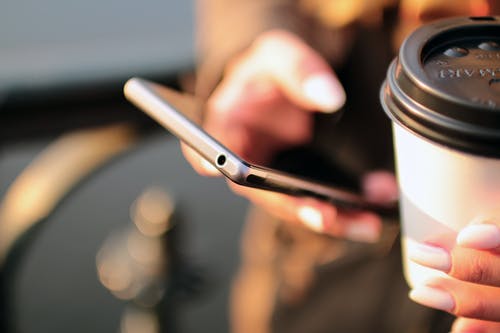 You wake up to a phone full of “good morning” text messages only to ruin the mood by texting “good afternoon” since you slept in until one. You try to start a conversation but, you realize they wanted to talk to you four hours before you even decided to wake up. Theres no such thing as a good morning anymore because you know you took too long to respond, and the meme that you sent him to lighten the situation failed when he sent back “I don’t get it :/”

Later that afternoon, you decide to agree to his brilliant idea of a date that consists of a big smelly diesel truck and ice-cream. He asks you to spice up the aux playing some cool music, but the only playlist you have is your 2010 Justin Bieber album that plays on repeat. He doesn’t know one lyric, but you can’t stop screaming “Baby” at the top of your lungs. You don’t realize that you’re in the ice-cream shop until he tells you to quiet down and asks you what you want. You tell him “Cookie monster ice-cream is the only superior ice-cream flavor!” while he looks at you and admits he only likes vanilla. So….what? He’s a very basic boy with a very basic choice in automobiles and ice-cream. You think maybe there’s more to him than what his baseball cap and black converse reveal him to be.

He calls you unique and quirky like there’s a compliment behind those words. He walks you up to your front porch and you finally muster up the courage to kiss his cheek. You’re so close! You go in for the pucker until right before you implant, he slides away and says, “Hey I really just wanted to get you on board into donating to the baseball team.” All those hours spent curling your hair into ringlets, changing your shirt thirty times, and re-winging your eyeliner to get the perfect cat eye was just a waste of time. Hoping that he’ll remember you because of the generous amount of money you put towards his team, you reach into your purse and pull out two twenty-dollar bills. “Awe you’re the best!” He shouts and gives you a high five. He turns and walks down the steps, but all you can think about is the four seconds of physical touch you just made with the varsity baseball player.

Hours go by with butterflies in your stomach when suddenly you hear your iPhone 7 ringtone go off. You rush to the counter where it’s charging to see a text from “Josh” with two hearts by his name. “Hey not gonna lie, I had pretty fun today!” it says. You belly flop onto your bed and begin typing a paragraph to show how flattered you are! Your heart is racing when you go to hit send. You send it, but a minute later the phone says, “read” by Josh, and your heart sinks. Why would he put so much effort into a text and revealing what sounded like his honest feelings then completely ignore what you just said? Boys make absolutely no sense.

The next day at school you go and tell your best friend, Ansley, about your weekend events. She’s so excited for you and goes on about how she thinks he likes you, which excitingly gets your hopes up. You sit across the lunchroom daydreaming about the cute baseball player and throwing quick glances hoping that he’ll catch your eyes. You keep denying to Ansley that she’s just making things up and that there’s no proof that he has any kind of feelings for you. You stuff your face with ketchup-soaked french-fries when your best friend punches your shoulder telling you to clean up because he is walking over to you! “Hey!” he asks if you have done the chemistry homework, and you want to be the lifesaver he has asked you to be, but Mrs. Chipp warned everyone that she would give out zeros if anyone cheated. You take the risk for a boy and hand over your papers. Two hours’ worth of converting elements into moles given over to a boy for free. The words that come out of his mouth make it all worth it! “Thanks, you’re a lifesaver!”

A couple days later, you catch yourself on the same aisle as Josh in Publix. He is staring at his phone while you’re trying to find any way possible out of the situation that you’re in. Your mom’s grocery cart is scooting closer and closer to his mom, so you dash right before he even gets the chance to look up. You find yourself creeping down the ice-cream aisle when suddenly Josh jumps out behind you. “Cookie monster is still the only superior ice-cream flavor?” he asks. You are completely shocked about the words that just came out of his mouth, and the fact that he’s even talking to you. He asks you if he could take you out Friday in his big diesel truck, and you begin to think that getting a boyfriend might not be so impossible after all.