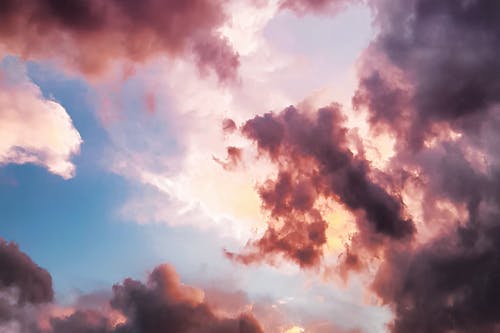 As I lay here gasping in my last few breathes of air, I get scared. I have no idea what is going to happen next. I wildly look around, but I am alone. I lived this life alone, so it only makes sense that I leave it alone. It’s funny, I always thought I would face death head on. No fear, just acceptance. But lying here with only my shallow breathing for company, I can only think about the what ifs. What if there is nothing next? What if I go to Hell? What if I get into Heaven? It’s the not knowing that is eating me alive. The pain is almost nonexistent to me at this point, but that’s so much worse. I have nothing tethering me to this world anymore. The only thing that makes me think I’m still alive is that I’m still shakily breathing. I know a hospital would be more ideal, but this is what I have to work with. A wet sidewalk to rest my body on, a rock for a pillow, and the sky for my blanket.

I can still feel my keys digging into my side, so I must not be dead yet. Breathing is getting more difficult though, and still no one has found me. I would call for help if I could move enough to get to my phone. But just the thought of twitching my finger seems like too much work. I think I just need to accept that help is not coming, and I am about to see what is on the other side. The great void. Is heaven and hell even real? And if they are, which do I belong in? I have done some not great things in my life, but life has done some not great things to me. My mother never bothered to figure out who my father is, and she was never around enough to really call her my mother. She was diagnosed with schizophrenia when she was 25.  I grew up in our dingy apartment, stealing just enough to survive. Bread one week, some form of meat the next week. I tried to get donations instead of stealing, but no one was ever kind enough to help out the dirty kid in ripped clothing begging for handouts.

I gave up on school my 7th grade. I never had a support system to help me, so I gave up on being book smart. I really thrived on the streets though. I learned how to finesse my way through life. I stopped stealing at 14 when I convinced a store owner to give me a job for 4.50 and hour. It wasn’t much, but it was enough to survive. I lived in random unlocked churches, homeless shelters, and alley ways until I saved up enough for a tent and a portable heater. I got into fights occasionally, but only when people disrespected my mother’s name. She wasn’t the best mom, but she did what she could with the limitations she had to live with.

As I thought back to what was waiting for me one, I breathed my last breath, I started thinking of all the different things that could be waiting for me. Will I walk on a golden road up to the gates that could finally reward me for a hard life, or will I walk on burning coals to the gates that could punish me beyond my imagination for not being perfect. I also must consider that I may be reincarnated. What if I got a second chance at living? What if I came back as an inanimate object though? What if I just keep existing as a ghost, getting to watch over people as they live their lives? It’s the what ifs that is killing me, not the blood leaving my body. Will I get a chance to explain my actions, or will I be condemned for things out of my control? I just wish someone could reassure me of what was on the other side.

My mother always thought that everyone was out to get us, but she was never able to articulate why they were after us. She was always so terrified of dying, but had no fear of what was waiting for her on the other side. She was confident that her maker would be waiting with her parents to hug her once again. She wasn’t very religious, but she did believe in that. She thought that she would get to live in a golden city with all of her dead loved ones. I never really understood how she could believe in that so strongly, but not believe me when I told her I was her child, and she was safe with me. It broke my heart to hear her talk of her “family”, but never including me in that fantasy. I told myself growing up that it was only because she didn’t want to imagine me dead, but I knew the real reason was because she didn’t see me as her family, she just saw me as a roommate. I don’t know if she noticed when I moved out, but if she did, she never found me.

As I think over all of the mean comments kids around me would say, I think of how I continued to defend her. She was never a mother to me, yet I continued to defend her. I would laugh at the comments about my dead beat dad, but get enraged when the jokes were targeted at my mother. I will never forget my first time I punched a kid for saying that my mother was crazy, I knew that there was some truth to their statement, but I refused to listen to it. The second time, I put the kid in the hospital on accident. I got so angry I threw the bat I was holding at their head. They were fine, but no one looked at me the same after that. They all called me as crazy as my mother. Part of me agreed with them.

As I gazed at the clouds remembering all of these times, I noticed that I couldn’t focus anymore. It had to be getting close to time. I tried to think of all of the different things that could be waiting for me, but I just couldn’t remember anything but my mother’s face as I told her I was leaving. She was laying on the couch with a glass of wine in her hand and was watching TV. I told her I was leaving and wouldn’t be back. She just slowly nodded, took a sip of wine, and continued to watch whatever sitcom was on the TV. I grabbed my small duffel and walked to the door, but when I opened it this time, there was nothing behind it. I started to move towards it, when I heard a scream. I tried to exit the memory, but I just couldn’t. The pure nothingness was calling to me. I inched towards it, excited to see what was past the doorframe. I could feel weight being applied to my chest, but I knew that it was too late. I was almost over the threshold when I turned back to look at my mother one last time. She was looking in my direction, almost looking through me, but she was smiling the first genuine smile I had seen on her face in a while.