At the Golden Gate 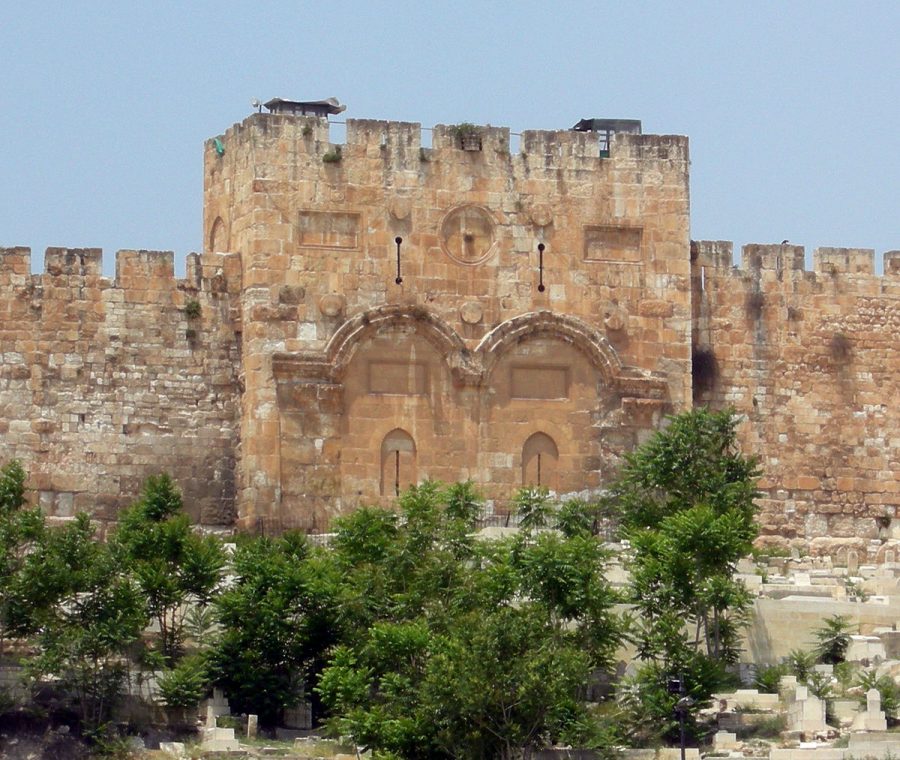 “And taken together with the emotion in their faces, it’s almost as if we have real human beings in art for the first time in more than 1,000 years.”

The woman knows this.  She knows His Holiness extends beyond the walls of the temple, out of Jerusalem, to even the heathens of Africa and on the banks of the Rhine, and that her husband, a man pious in body and principle, a wealthy man whose eyes never deviate to any false calf, he desires to be a Child of God. Even with these reassurances, their life together wrapped in a tunic of mirth, prosperous in both earthly and heavenly delights, a black mark of yearning springs up on the most tender flesh of her heart. There is no one to leave it to after they sprout wings and go to join all those before them; Anna of Jerusalem is barren, and Joachim cannot buy her a miracle.

Enough days of lament push the man to seek the counsel from the bearers of the temple, and he trudges up with the sun to its walls. He goes to them like the ear of God, he says I need your guidance, I need to be led back to the flock, yet they turn him astray, scorning him as he falls, not to the ground but out of the city, out into the Earth, and he is a fish pushing against the tides, against the winds, and he seeks refuge in the strange world just beyond what is known. The woman hears of his migration into the forest, thinks to herself ashes to ashes, dust to dust, and the strings of her present fabric snap, and it is all a growing pit of shame.

Forty days die and are reborn, and on the fortieth the woman kneels on the floor, inside the world of her creation, near collapsed on the hearth, looking to the God who made the boy David the King of Kings, asking what sacrifice is enough? How far do I fall before I can come up to the sky? Where are the Lord’s tender mercies?!  She lets the lyre of her heart sing its mournful song, and begins to pray.

At the same time, in the desert, a pious merchant turned vagabond with sand-stung skin takes his seat in the Ampitheater of Creation, a place closer to God than any structure merely of man. He kneels, asks the rocks to bear witness, and then asks for a miracle. For the husband and his wife, a glow comes forth through the ether, a hand reaches, and a beautiful creature shrouded in white appears, and they are warmed by its humming, a symphony made of every word, a beautiful specter, and it says to them Do not be afraid, I have come to impart a message of hope from God.

And they are not afraid. And they are brought up from their knees, set on beams of light, pushed forth into their futures, and they fly within sight of each other, and Joachim stands on the road into the city. Anna crosses the threshold of the Gate, and they are emanating, they know only love and affluence and comfort now.  They kiss, and a world once flat deepens, is given dimension, light and shadow dancing on their bodies, chiaroscuro celebrants in this joyous ceremony marking fertile ground. All around turn their heads, and there two glows as one, a beacon of jocund, outshining the Golden Gate, and no words can encapsulate their feelings, now they know of their reward, a daughter named Mary.  She will plant the Lord’s son in her soil, and His children mark their joys onward and onward.

Thanks be to God.