5 Animes You Should Watch Over the Summer and Why! 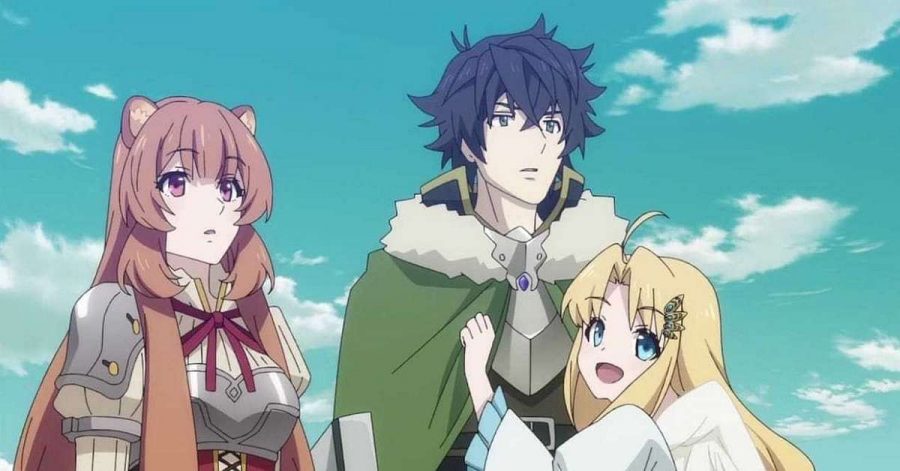 Ahh, lovely summer! The time of beaches and travelling and fun outside. But if you’re anything like me, you’ll be trading in your ‘fun’ times outside for equally fun times inside, watching anime! I mean, why else would you read this article? Here are five really good anime series that I think you should watch over the summer- and why!

The general summary of this anime is that it follows the life of an aspiring manga artist who can travel back in time to stop terrible things from happening. Usually he can only travel back a few minutes, but after the murder of a loved one he is launched all the way back into his childhood to prevent tragedy from striking. If you’re a fan of murder mysteries and thriller, trust me, this one is for you! It’s only twelve episodes long, so you can binge watch it all in one night, and honestly, I wouldn’t be surprised if you did. It grabs a hold of your attention every episode, you just have to know what happens next!

#2: Cautious Hero: The Hero is Overpowered but Overly Cautious

Do I even need to explain what this is about? A hero that was summoned from another world is really really cautious- and overpowered. You might be thinking, why must he be so cautious if he’s so powerful- well, the funny thing about that is, he’s overpowered because he’s cautious. At first this anime paints itself as a lighthearted comedy, but the romance pulls a lil’ sneaky on ya and just hits you out of nowhere. If you’re the type that likes comedy with a side of romance and angst, trust me, you have to watch this one.

#3: The Disastrous Life of Saiki K

Honestly, I wanted to stray away from popular/semi-popular anime, but this one is too good not to mention. If you’re new to anime, or haven’t watched that many anime before, I think this one would be a perfect starter. It’s light-hearted and fun, a true comedy through and through! It’s basically about a boy who was born with psychic powers, but instead of using these powers and showing them off, he just tries to hide it from everyone, avoiding any and all attention. Unfortunately, attention is all he seems to attract! If you love fun times and comedy, this one is a perfect watch.

#4: The Rising of the Shield Hero

Without spoiling it too much, this anime  follows Naofumi Iwatani, a 20 year-old university student who was whisked away to a fantasy game-like realm of monsters and magic after discovering a book about Four Heroes. Iwatani is chosen as one of these four and given the mantle of the Shield Hero. If you’re gonna watch this anime, be prepared, because this one really hits you where it hurts. It is emotional. It’s 25 episodes, you could probably watch this in a day if you wanted to, or if you’re the type to stretch it out and only watch a few episodes a day, maybe a week? (It took me like a month or so though because I started watching it while it was still updating so don’t take my word for it.) Anyways, if you’re the type who likes hurt/comfort, healing from trauma, revenge stories, etc; this one is literally tailored to fit you. Watch it.

#5: Re:Zero – Starting Life in Another World

Wow, I’m really out here recommending anime that made me cry, huh? I’m really out here telling people to hurt their own feelings by watching these, huh? It’s been a long time since I’ve watched this one; like, three years, but I still remember how hard I sobbed watching this. Anyways, the series tells a story of Natsuki Subaru, a normal young man that lives his normal life in modern Japan. However, one day, he is summoned to another world. Without knowing the person that summoned him, or the reason for being summoned in the new world, he soon befriends a silver-haired-half-elf girl, Emilia. Stole that right off of google; it’s been too long since I’ve watched it, there’s no way I wouldn’t be giving a really vague really jumbled summary. Seriously though, beyond telling you this, I can only say that if you like having your heart literally ripped out of your chest, this one is a match made in heaven for you.

And that’s five anime series! I thought long and hard about which anime I should recommend from my list, but eventually I came up with these: Erased, Cautious Hero, Saiki K, Shield Hero, and Re: Zero. If you’ve already watched these, I do apologize, and to make up for it, I’m going to also recommend a website I’ve recently been watching anime on- for free:

I hope that most of you, if not all, found something new to watch, and I hope  you all have a good summer!