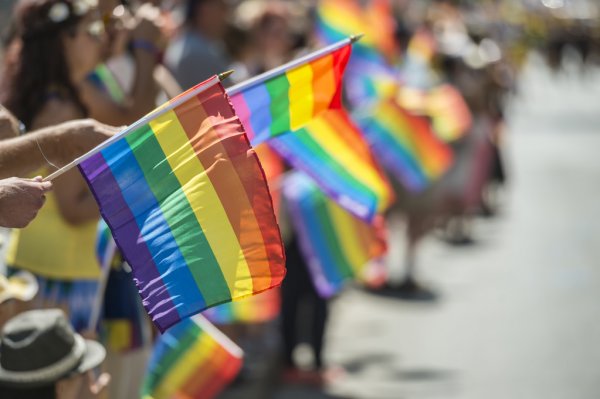 The LGBT community has been fighting for equal rights for decades, but still cant find the respect their looking for in today’s society. Many lgbt members don’t even feel safe in their own home because of something they cant control. It’s absolutely ridiculous to disown or bully someone for what the feelings they have. People just cant understand how to respect other people’s opinions and feelings, and its made today’s society corrupt, and unfair to minorities like LGBT members.

In the recent years lgbt members have found themselves being discriminated even more due to social media being popular and the internet being unforgiving to its members. I’ve seen countless arguments between people that think lgbt members “need to find god” and say things like “you’ll go to hell” even though they don’t even know if this Lgbt member is religious or not. Other arguments only start because someone believe being attracted to different genders, or not feeling comfortable in what gender you were assigned at birth aren’t “Natural” even though there are many sources explaining how other mammals experience these types of interactions with each other. These ignorant people won’t listen to facts, and only like when their opinion is being agreed with. Some people need to understand that they are wrong sometimes. There’s no reason to get mad because someone politely told you why your “facts” are incorrect.

This type of hatred towards lgbt members happens at home too. Children as young as 10 feel anxious and uncomfortable in their own home. Lucky members have a supporting family who accept them, but in general most of them have to feel like their hated by their family for simply being gay. Parents will even disown or try to force religion on their kids because “It’s not right.” does that sound right? For the person who’s taken care of their child for their whole life to then switch up when they’re suddenly not “perfect” or apply to the regular standards of society. We can talk about those too. What’s considered “normal” today. Many lgbt members also like to sport different fashion senses such as goth, grunge, punk, Lolita etc., and a common thing for lesbians to do is to cut their hair short to give off a more tomboy-ish masculine look, while some boys wear feminine clothes to give off a feminine look. A lot of people will look at members who do this and act like it physically hurt them. I can’t find any reasons for someone to try and control what I do or what I wear unless it physically affects them in some way. It’s not hard for you to keep your mouth shut, and say nothing.

In conclusion I just wanted to explain a lot of things about the struggles of lgbt members and how they are treated today. While it isn’t as bad as it used to be decades ago lgbt members are still going through many struggles to finally feel accepted today, But a good thing about that is it’s working. We are becoming more open and want to share how we feel, and how being gay doesn’t shouldn’t affect anything.