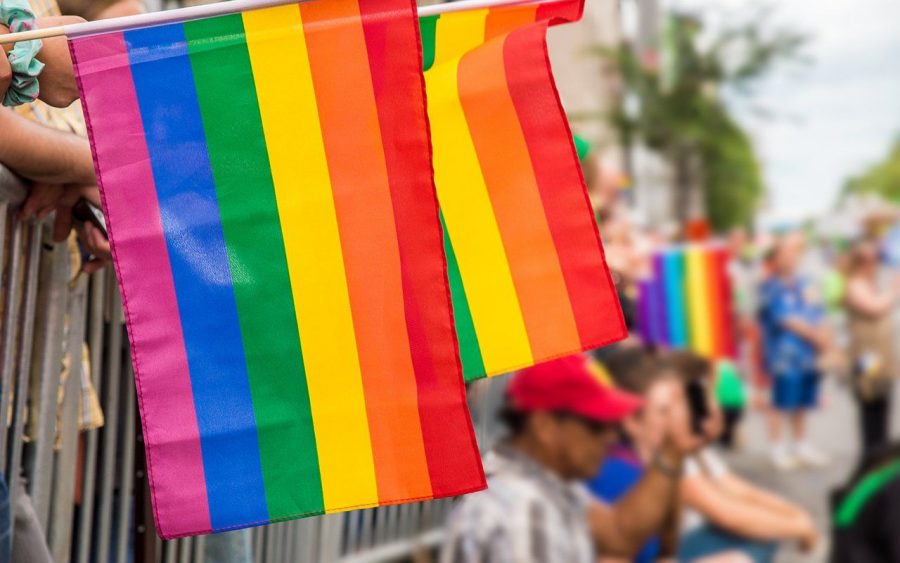 Members of the LGBTQAI, or LGBTQ+ for short, Community deal with hardships every day. People feel the need to call out this community because they simply do not like the fact that the LGBTQ+ Community has rights. As a member of this community, I know firsthand that no matter how long someone has known you, the minute you come out and claim that you are a member, they will immediately target you.

Earlier this year, my teacher was taking attendance when she called me by my preferred name and pronouns. Well, a kid in my class thought it was a clever idea to start calling me names and telling everyone in class that “it wasn’t right,” “she’s not allowed to be a boy,” and “that she wasn’t allowed to be a boy.” I have known this kid my entire life and honestly it hurt to hear him make fun of and degrade me because he did not agree with what I identified as.

This is not the only case of degrading to happen to a member of the LGBTQ+ Community. Constantly people find it okay to call people names like f*ggot, homo, and tr*nny because they do not agree with people’s identities or sexualities. Cis people and homophobes are finding ways to take away these people’s rights. Straight people have even created a flag for themselves because they do not feel appreciated during the one month that the LGBTQ+ Community gets to express themselves.

These people do not realize that comments like these, impact the minds of the members, especially teens. Teens are already worried about what others will think of them because they are so used to being told what to do and what to wear and things similar to those that they no longer know what it feels like to be accepting of themselves.

I asked a few people I know how they felt about the way society treats the LGBTQ+ members and teens alike. A 9th grader told me that ‘teens in our generation revolve around social media and that society itself is constantly evolving and so are the people.’ He also said that ‘since there are a lot more people in the LGBTQ+ Community, society doesn’t know how to handle it. New members are still trying and figure out who and what they prefer, and closeted members are afraid of coming out because they do not want to be bullied, judged, or treated differently. Society argues over it but never really does anything about it.’ He does not believe that someone should be treated differently because of their sexuality, race, or gender.

Mary, a 14-year-old freshman, agrees with Anonymous #1. She thinks that ‘society tends to negatively affect teens by telling them what to wear, how to act, how to feel and if someone doesn’t live up to their expectations and standards, then people will be quick to judge you. When society find out that someone is a part of the LGBTQ+ Community, then everyone thinks it is okay to send dirty looks or slurs their way. Either society doesn’t realize how harmful these massages can be or they just don’t care.’ She believes that ‘people who don’t support someone because of their preferences should learn that there’s not a difference between them and us. No one choses who they love and no one choses what makes them happy or not. It’s all out of our hands.’

When asked a female 10th grader said ‘society is extremely messed up. It doesn’t accept people for who they are an that’s the worst possible thing you could do to someone.’ She mentions how even though there are laws protecting the LGBTQ+ Community, does not mean people abide by it. ‘people aren’t accepted from the place I come from. They are being driven to suicide because of how cruel treatment is over there. It’s even illegal to be gay in Dubai.’

And she is right. People will not listen to laws if they do not agree with them. In fact, people are more likely to follow the law, if they find something to agree with. Does that mean we have to change the law in order for people to accept others? Absolutely not! Why should someone have to force their beliefs of others? Why can’t people just find a way for others to see it from their point of view? It is because the human mind does not work that way. They want to find the easy way out, and in this case, it is by telling people that they are not allowed to express themselves.

When I asked people if they knew steps society should take in order for them to help people feel more accepted, I got different answers. Anonymous #1 said that ‘society would change on its own. Just like any other time, society will evolve and get past this. We all make mistakes as humans and in order to make the LGBTQ+ Community feel more accepted, we have to move past those mistakes in order find the solution we need.’

Delanie, a Freshman this year, said that ‘in order to help people of the community feel better about themselves, we need to give them reassurance and let them know that they aren’t alone! That there is a whole community out there and they just need to fight through all of the rude comments and death threats.’

Acree, another freshman, said that ‘It’s not okay to treat people with abuse and disrespect. We all should respect everyone.’ And he is right. In order for everyone to feel accepted by society, society needs to learn how to treat people with respect and like they are human beings.

Just because someone is different, does not mean they should immediately be seen as the enemy or an outcast. We need to learn how to accept and change our views in order to see how the world around us is evolving. No one wants to stay stuck in the same stage of life because if they do then they are no better than the ones who think that they deserve to rule the world. Everyone needs to see that there is more to life than just what they have been told.