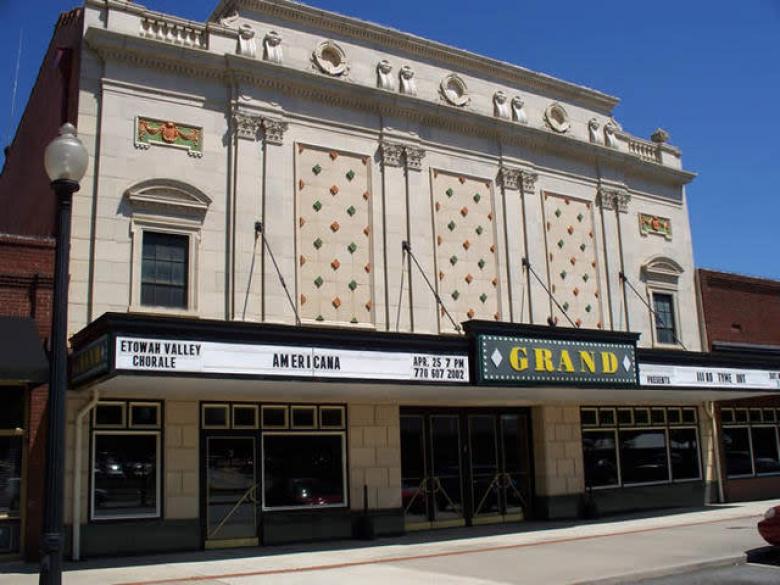 Betty Crane is a local community member with an exciting life. Ms. Betty was one of the first people in Cartersville to have a backyard tennis court! When she and her family moved into her current house, Dellinger Park had not been built yet. Dellinger is where many people go nowadays to play tennis, exercise, and have recreational time. When Ms. Betty joined an ALTA tennis team, she built a tennis court in her backyard, so she and her friends could practice. Ms. Betty taught for one year in Fulton County as a fifth-grade teacher. Then, she moved to Cartersville for a summer job, decided to stay here, and eventually started her local television show called “The Betty Crane Show.”

Where did you get the idea for “The Betty Crane Show?”

Ms. Betty: It started when I used to be head of the Bulldog Club… we had a club here, and one year we had a big event, a big banquet, and this was when we had a local TV channel [in Cartersville] here, Channel Four. Hershal Wisebram was working hard to get community programs on and that type of thing, and they televised a Bulldog banquet. They had [Coach] Vince Dooley come. It was a really big night… That was one of many things that they did. Sheryl Kennedy worked with me… she was the one that kept me straight and told me kinda how to do things, and along the way, they came up with an idea. I think Lee Burger was the one that came up with an idea about ‘Why don’t you do a show?…’ It became “The Betty Crane Show!”

Where was the show filmed?

Ms. Betty: We did it at the Grand Theater on the stage, and they would televise it and tape it, and then it would be shown once or twice a week [on Channel Four].

Who was the most interesting person or group you met?

We had [several friends come on and] they had what they called Rhythm In Motion it was an […] aerobics demonstration, and they had classes, and they would come on the show every now and then and do a little workout routine.

What did you major in in college?

I went to Florida Southern College in Lakeland, Florida… and I majored in elementary education.

Why did you decide to build a tennis court in your backyard?

Before Dellinger Park, we [friends in local tennis ALTA teams] were always looking for places to play ’cause it was just so much fun. It was quite the rage for several years… And we kept playing and playing and thinking, you know, “We have this big, huge space back here. It was just grass. We could put in a tennis court back here.’

How long did your show air?

It was fun, and we did it for close to ten years.

Are you glad you built a tennis court?

Yeah! We just enjoyed it immensely. There was always something going on. It has served its purpose.