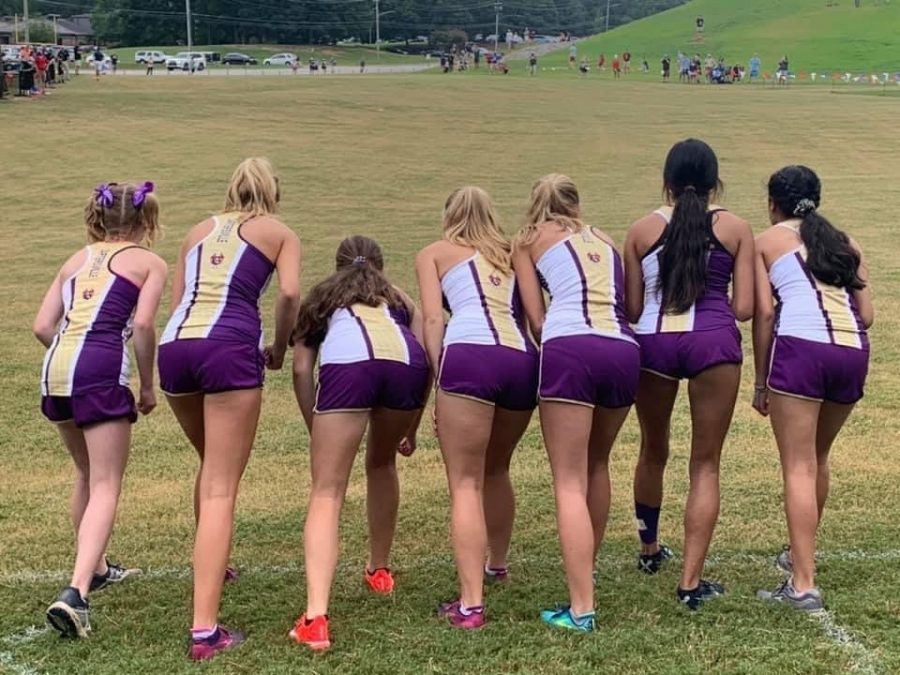 As the coronavirus travels through each school, it only makes people wonder what the future will look like for student-athletes this next school year. Some students are counting on their sports for scholarships and careers. Many new adjustments are making it to where the schools and communities can be safe.

Before summer conditioning, Cartersville Highschool’s Cross Country team was worried that there would not be a racing season. Stores, parks, and gyms shut down for quarantine, making it almost impossible for athletes to get out with their team to run. Fortunately, with the help of CDC rules, one of their most valuable parts of the season was saved. To keep the community safe, the runners would begin summer conditioning at 8 a.m. before the crowd would start their day. Secondly, the athletes would stay 6 feet apart while stretching, strengthening, and at meetings. Their masks were required if not running to ensure clean habits. A rule set by Georgia Highschool Officials was also that runners would not be allowed to attend practice if they did not bring their own personal water bottle. Coaches could not supply water in coolers or big plastic tubs if an athlete forgot their water. Cartersville Highschool’s cross country runners were very prepared with the new addition of rules to the summer season. Kate Bishop, Samantha Herrera, and Gracie Pruitt (all freshman at Cartersville) explained their concerns for the upcoming season. They were all worried that there wouldn’t be a season because of the COVID numbers being so high, but they said they would ” stay in shape and continue training for next season.” Kate bishop has been running for the team for two years now. Even if the season seemed unsure, she continued to pursue the same goals she would’ve if there were for sure a season which was to “run faster times than last year.”

Cross country has an advantage because it is a solo sport working for the same team. There is no contact, and everyone running at their own pace stays a certain distance. However, COVID has changed race days and traveling to meets. Gracie Pruitt is running her second year this season, and she explains that “each race is different. There is more uncertainty about what the rules at races will be like and if the race could get canceled.” Samantha has been running since middle school, and she describes how races look this year. “We are now limited to how many people you can bring to certain races, and we always have to wear masks,” she says.

The whole team and coaches have concerns for the season. There could be a possibility that anyone could catch COVID, then there would have to be a large amount of quarantining. Gracie says, “I would be super sad because I love the team, and we are all looking forward to a good season.” There are many fears that the team has, but they are all counting on each other to stay healthy. They are willing to adapt to the new rules to have their running season.