How Will Canes Theater Continue Amidst the Pandemic? 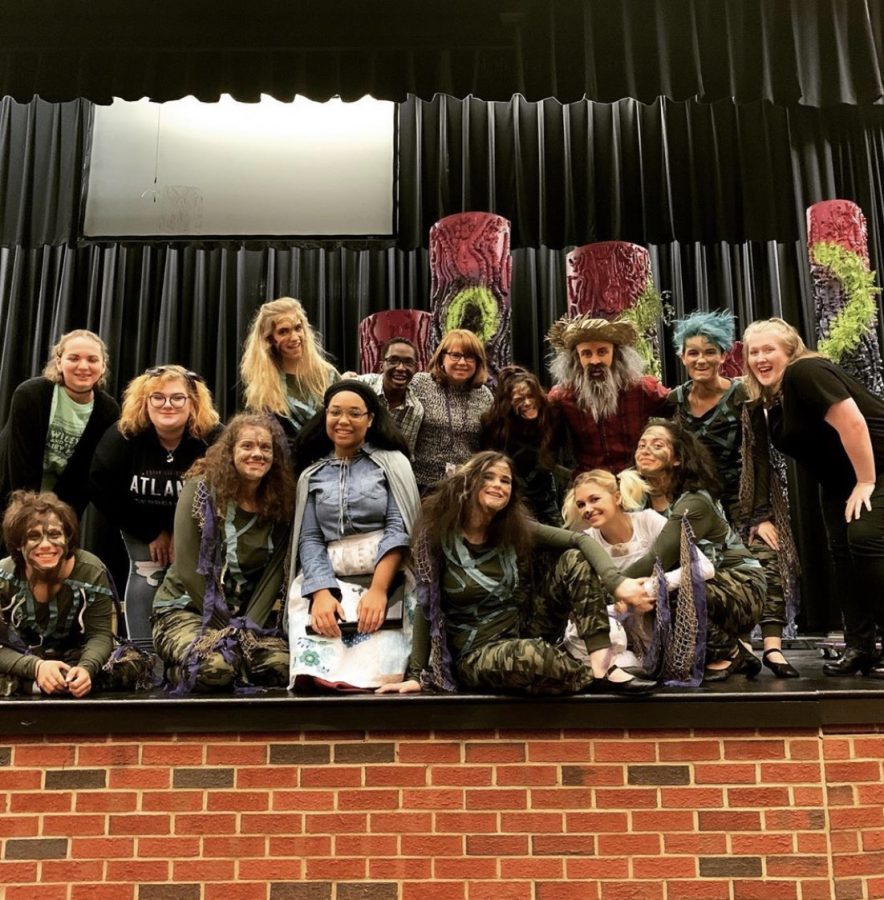 With the reopening of Cartersville High School comes the resuming of extracurricular activities and events. Football, JROTC, band, color guard, and many other school activities are back in action at CHS as students return to school. As for classes, everyone is spaced six feet apart and face coverings are required at all times. For the theater class, nothing is different despite the unique curriculum.

For years the CHS musical theater class has been performing one to two shows per year. This year will be no different. Last year’s supposed production of Willy Wonka Jr. was supposed to premiere in April of 2020. But, due to the closure of school, it was moved. The theater class continued to do rehearsals over zoom in order to continue to work on the show. The show was ultimately moved to this year and plans to air around December of 2020. Rehearsals for the show originally started in August of 2019, making this the longest time that a theater show has ever been worked on at CHS.

Due to the postponing of the show, it will look a little different from last year. For starters, any senior roles in the show have been recast with new students. This created a wonderful opportunity for the cast members. Anyone who was cast as an ensemble member or any other small role had their chance to gain a larger role. Many seniors had large or important roles in the production. They have since been replaced and the large roles have been filled. The cast list is finalized, which means that rehearsals have begun. Rehearsals are in class every day that school is attended.

All seats are spaced six feet apart and face coverings are required at all times. It is hard to sing in a mask, which means that theater will be taking a page out of the chorus book. In chorus, face shields are worn instead of masks. This allows the sound to resonate a bit instead of being muffled by the cloth masks. In theater, face shields are worn for the majority of the rehearsal, especially when singing. Because it is a musical, all of the show’s singing will be accompanied by dancing.

Last year’s choreographers, Chloe Bacon and Yasmine Balderas, were seniors. Meaning that this year, theater needed to appoint a new choreographer. This year, they have appointed Riley Davidson. Her job is to help them with refreshing any old dances and tweaking anything new. Our music director, Grace Rhodes, was also a senior. Instead of appointing a new music director, Ms. Long, the theater teacher, has decided to take over herself. Members of the theater class know more music than they do choreography, so Ms. Long will not need to do much in the way of music. The directors of the show, Jayla Cunningham and Zoe Terry, have graduated as well. They were very thorough in their job, meaning that most of the scenes are memorized and ready to go. Because of this, a new director was not appointed.

All of the people who previously worked on this show were very dedicated to it. Their hard work combined with the hard work of our new leaders will make the show great. Lastly, these shows will be performed with as much respect to CDC guidelines as possible. It will be interesting to see how we will actually be performing shows this year. But that’s a story for a later article.