JROTC: Training Canes to be Leaders 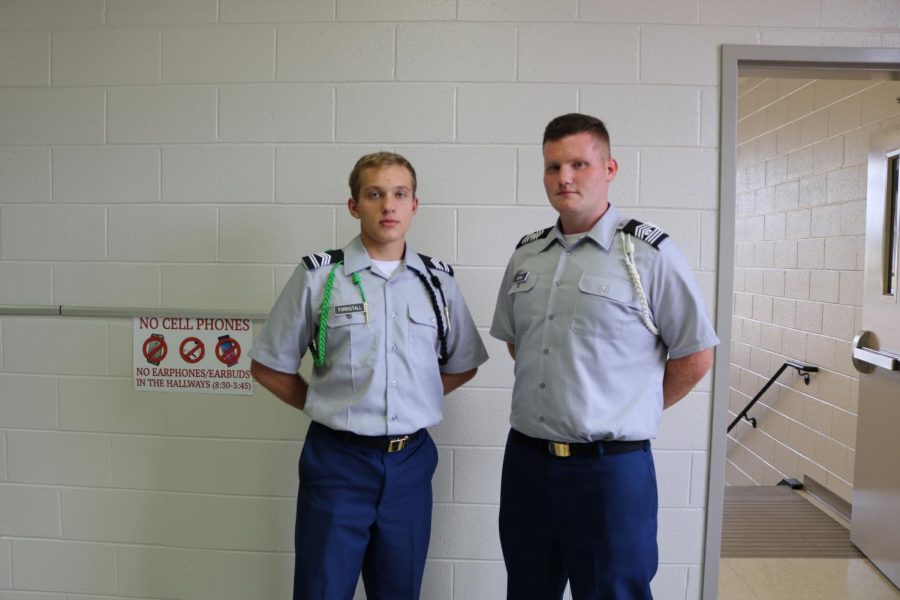 The JROTC (Junior Reserve Officer’s Training Corps) is a program in its first year at Cartersville High School. The program focuses on leadership training and began the year teaching army values and cadet ranks. According to Colonel Dickerson, one of two program instructors: “I want to set the right culture in the organization to develop students into leaders so they can have fun and exceed in the program” and later in life.

Along with Colonel Dickerson, Sergeant Snead also leads the program. These men make the lessons and ensure all the cadets do their jobs. When asked about his new assignment here at Cartersville High, Sergeant Snead explained, “I love teaching. It’s something I’ve always wanted to do. I was able to help kids in the army and I’m now able to teach kids in high school.”

At the beginning of the year, each cadet was assigned ranks and positions to carry out. Each position comes with its own set of responsibilities.

The ranks are chosen by Colonel Dickerson and Sergeant Snead. At the beginning of the year, cadets were required to write a resume. Most of the higher ranks are given to seniors, but each rank has its own job or duties, and each has a cadet in charge of them. In the chain of command, every cadet is in charge of someone, even if it’s just themselves.

On Tuesdays cadets wear uniforms for inspection. This newly set tradition enforces responsibility and ensures cadets keep their uniforms clean and presentable, keep up with the program demands, are seen around campus in their uniforms.

Color guard focuses on precise drills, representation of and presentation of flags, and more, which
they do before school sports games.
Raider team focuses on physical activity and army-like training. They compete against other schools in intense physical competitions.
Rifle team uses air-rifles to practice marksmanship in a safe and controlled environment.
Finally, Drill Team practices formation and coordination with precise movements in a large group.

This is the first year at Cartersville High School for JROTC. The program’s growth and potential are boundless, and the leaders built within the program can only help improve our school and the community around it.