Officer Hart: What Everyone Wants to Know 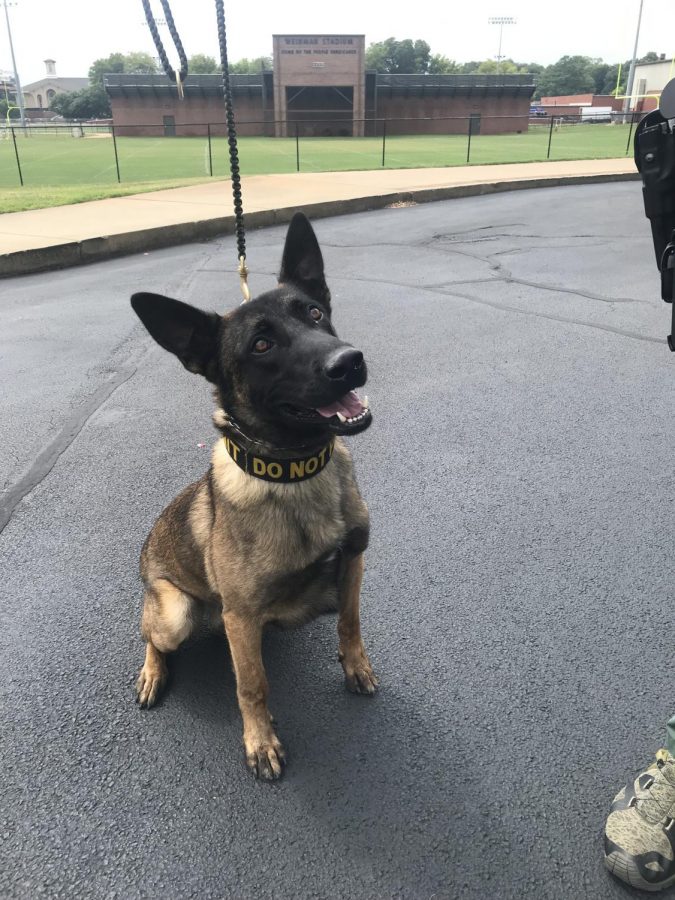 We recently had the privilege of speaking with Officer Gifford to ask him a few questions about his job here at Cartersville High and about Officer Hart. We were very thankful he was willing to take time out of his busy day and were pleasantly surprised by his humorous disposition and welcoming attitude.

When asked about his time here at CHS, he said he has definitely enjoyed the school and students.

Part of the reason so many people know who Officer Hart could be because of his Instagram account, where Officer Gifford helps facilitate giveaways and scavenger hunts to get involved with the student body. We asked him what made him decide to use social media to reach out to students. “It is not original; I’ve seen other K-9 officers do it, but I thought it would be fun to do at school in a way to interact with y’all. A lot of people fear us and law enforcement in general. It is a way to get y’all engaged and want y’all to talk to me and not fear us just because of what we do and our uniform.”

We also asked Gifford if he’d noticed a change in the student body since the first day of school. “Some of the ones when I very first came that wouldn’t talk to me have started talking to me now. There’s one [young] lady who originally was extremely stand offish and didn’t want to talk to me at all. I guess she has been in trouble with the law before, but she opened up and the dog allowed me to have that opportunity because she wanted to pet him, and it allowed that interaction.”

Usually you can’t find Officer Gifford without Officer Hart or Halo, but we asked him where the pups would be when they’re not all together. “Right now, he is in our patrol car. They’re in the car because currently we don’t have a way to secure them in the office while I’m not here. We have the crate, but wanted a way to lock him in so no one could just walk in here and let him out because it could be a safety issue. The car is running obviously and has heat alarms that will tell us if it gets too hot. If it does get too hot, the windows roll down and fans kick on. And if gets to a certain temp the door opens by itself to let the dogs out. It’s a system they bought just for K9 cars.”

Lots of people love Officer Hart’s GoPro videos. We wondered if there were more on the way. “Yes, I’m trying to work on that. The audio … I don’t have any way to edit it. There’s audio, but it’s just music from my phone, so I’m trying to figure out how I can hook a speaker to him. If I had editing software, I could just edit over it, but I don’t so I’m just trying to do it the cheapest way I can do it.”

Speaking with Officer Gifford was a wonderful opportunity. Not only did we learn more about Officer Hart, but the unique bond they share was affirmed. Every day they come to school and work for our protection and do a spectacular job at engaging students all the while. We are so lucky to have the furry faces of Officer Hart (and Officer Gifford) at our campus every day. We highly recommend meeting the beloved K-9, just make sure you ask to pet him first!

Story Update: Officer Gifford now has a crate in his office where K9 Officer Hart can comfortably stay when not with his partner.