The Literary Significance of Sandwiches in Netflix’s “The Punisher” 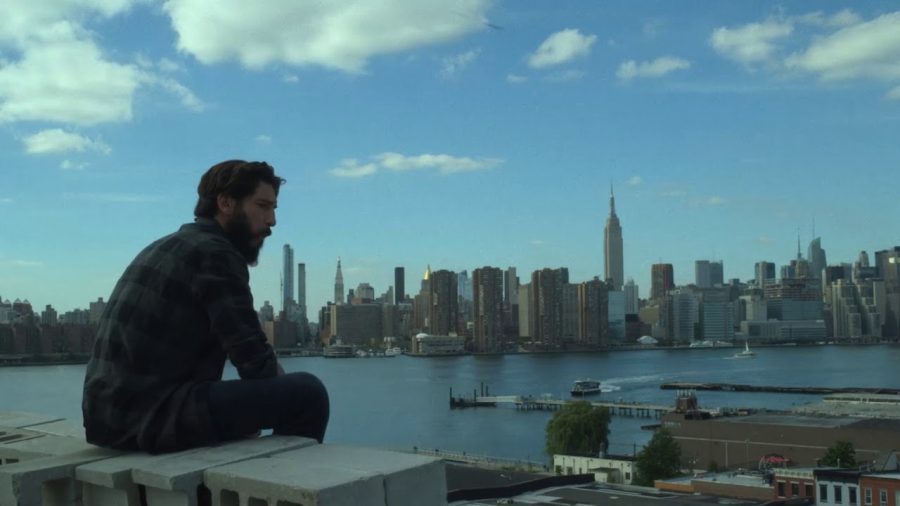 Frank Castle, The Punisher, sits on the edge of a rooftop and eats a sandwich.

In Season One of Marvel’s Netflix series The Punisher, food is a prominent component of the story. Whether providing character details, establishing a family background to drive home tragedy, or emphasizing setting, food is an important part of the series. Specifically, the reoccurring motif of sandwiches in the season serves as a symbol of the disruption of the domestic lives both Frank Castle and David Lieberman have lost.

When Frank is introduced in the series, he has taken on the identity of an alias, Pete Castiglione, and is doing construction work. The camera follows him through the day, slinging his hammer at a wall late into the night, plagued by thoughts of his murdered family. This visual emphasizes a previous quote from Karen Page, “…one moment in, in your entire life, and every time you close your eyes, you relive that moment. And every time you open them, you find only the briefest peace before you realize that that nightmare is real. That nothing has changed. Your family isn’t coming back.” This sets the scene; the audience can clearly see that despite having a blue-collar job and an absence of bullet wounds, Frank can’t go back to the quiet, happy life he had led with his wife, Maria, and their kids. It’s at this scene that the sandwich motif first appears. Frank sits atop the roof of the building, alone, with a sandwich. The sandwich is nothing extravagant and definitely homemade—a small slice of the domestic life he lost. Soon after, Frank is confronted by Lance and Lance grinds Frank’s sandwich with his heel. Later, Frank is joined on the roof by Donny, who offers him half of his sub made by his grandma, Donny’s own slice of domesticity. This provides a clear visual that Frank can take part in other’s normal, happy lives, but he can’t get his back for himself.

The second time the motif appears finds Frank and Micro, aka David Lieberman, on the way to Gunner Henderson’s cabin in the battle van. Micro mixes up what looks to be a Charlie’s Tuna Creations pouch for Frank, and after he passes it off, Micro pulls out a full sub sandwich. Frank is understandably affronted. Coming from a military background and having experienced so little of his actual life before it was ripped away, Frank took whatever was available. When asked where Micro got the sub, he responded, “I made this..This stuff was all in the fridge, you know?”; in the bunker, not Frank’s own space, Frank reverted to a tactical mindset—he didn’t even think to look for such a luxury. Micro, however, has only been underground for a year with most normal commodities. Micro has never actively been on the run, unable to cook for himself, or in need of much of anything, and he was never unaware of what his family was up to, thus never much disconnected from a domestic lifestyle. This is further solidified when Frank jumps Gunner’s fence to go in and Micro sets himself up on a log with the other half of his sub and The Life of Pi. Frank’s a soldier who went through an unspeakable tragedy; Micro is merely a displaced NSA analyst who got caught with the wrong video at the wrong time.

Finally, the last appearance of the motif finds Micro in the opposite position. When the cameras go down in his house, Micro sends Frank to check on his family. In the meantime, Micro makes a sandwich—well-made, stacked high, visually pleasing, and untouched. Micro stands in the background flipping his phone anxiously, unaware that his family is fine and unplugged in a display of dramatic irony. The sandwich isn’t a tactical meal; its presentation sets it up as a luxury, now a symbol of what Micro has lost. He is suddenly terrified of the potential threat to his family, intrinsically linked to the domestic life he intends to return to. From his perspective, the life he lost is the life Frank is now a part of, however temporarily. However, the extravagance of the sandwich tells all—even in his current situation, Micro is never too far from the comforts of home, be it the inside of his house, a cup of chamomile, or a tall ham and cheese.

In conclusion, the sandwiches seen throughout the season serve to solidify and emphasize a main theme in The Punisher—the displacement of Frank and Micro out of their domestic lives via tragic circumstance. The motif appearances are only in agreement with the ending—Micro goes back to his family, and Frank must content himself with a federal pardon. Micro is able to return to his simple life, and Frank, by his own word, doesn’t have a war to fight for the first time; there’s nothing for him to go back to. Situation and symbolism has resigned him to a life of tuna pouches.