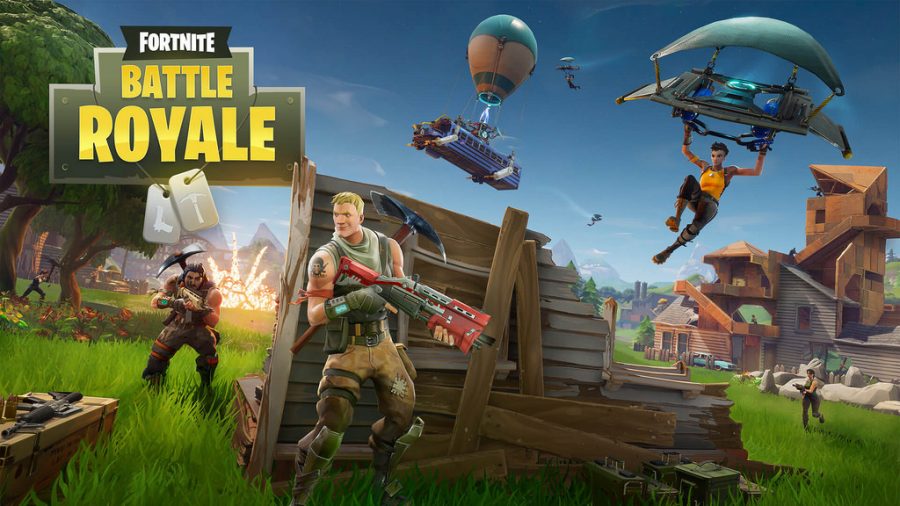 Fortnite is not just that floss dance that all the kids keep doing.

Fortnite is part of the newest and hottest video game trend, Battle Royale, from Epic Games. The game was initially released for PC, Xbox One, and PlayStation 4 in September of 2017, and has been adding additional platforms, the final being Android, which was released in August of this year.

The game caught on initially because it was part of a genre, Minecraft Survival Games, that was already popular with kids of all ages. It also didn’t hurt that the game is free and has cartoonish animation, both of which attract kids.

Each Fortnite match begins with one hundred players jumping from a flying bus onto an island where they have one goal: be the last man standing. But Fortnite added a building component where players collect materials to build structures — walls, floors, ramps, and ceilings — complementing the game’s combat.

Outside the main game there are several personalization options. Players can change the appearance of their in-game character  with items called “skins.” Players can also perform gestures called “emotes,” which range from dancing to waving.

When Fortnite was first released it was a big hit and has continued to expand to over 125 million players over all platforms. It’s a season-based game (kind of like TV show seasons), with a new season starting every ten weeks. Each season premiere releases new content and has a particular theme, such as season four’s super hero theme or season two’s fort knight theme. There is also a cosmetic tier system, called the Battle Pass. It will give players an item (cosmetic, experience, in-game currency) each time they tier up — one that can’t be bought in the shop.

Fortnite has events that correspond to holidays in the real world, including Halloween, Easter, Valentine’s, Winter, and Thanos. There are additional special events, called Limited Time Modes or LTMs.

LTM examples include sniper shoot outs and close encounters. In the Sniper Shoot out LTM the only weapons that can be used are snipers. In Close Encounters the only weapons available are shotguns and jet packs, which were brought back from retirement for this LTM only. (More on retirement in a moment.) Some LTMs introduce new guns and throwables (granades).

Occasionally, Fortnite will remove items from circulation and place them in the vault. Sometimes they’re put there because they were unfair or useless. Items vaulted include the Zapotron (a laser rifle), the ceiling trap, the wall dynamo, the original sub machine gun (SMG), the original Tac SMG, smoke grenades, the jet pack, the crossbow, the drum gun, and the revolver.

Fortnite has created an epidemic of tired, battle-weary teens in the last year, much to the disappointment of teachers and parents everywhere.  Teens, on the other hand, enjoy their epic nightly battles and look forward to what Epic Games may bring their way in the future.